Insights into signature aspects of the world’s most spectacular places

Following the Great Fire of 1666, King Charles II of England appointed Christopher Wren as chief architect in charge of rebuilding the city.

On an early September morning in 1666, a fire that began in a bakery and Pudding Lane raged throughout the center in London. The fire destroyed everything in its path including St. Paul’s Cathedral and 87 parish churches. The extent of the fire is marked on the map at the end of this article.

After the fire, Christopher Wren was appointed chief architect by King Charles II and was tasked with rebuilding what had been lost. It was a project that consumed him for the rest of his life. The fruits of his labor are on full view today — marvels of architecture wedged among the modern city.

As you explore Wren’s churches you will notice that although each church is unique in its architecture, there are some very consistent characteristics that carry through from church to church. 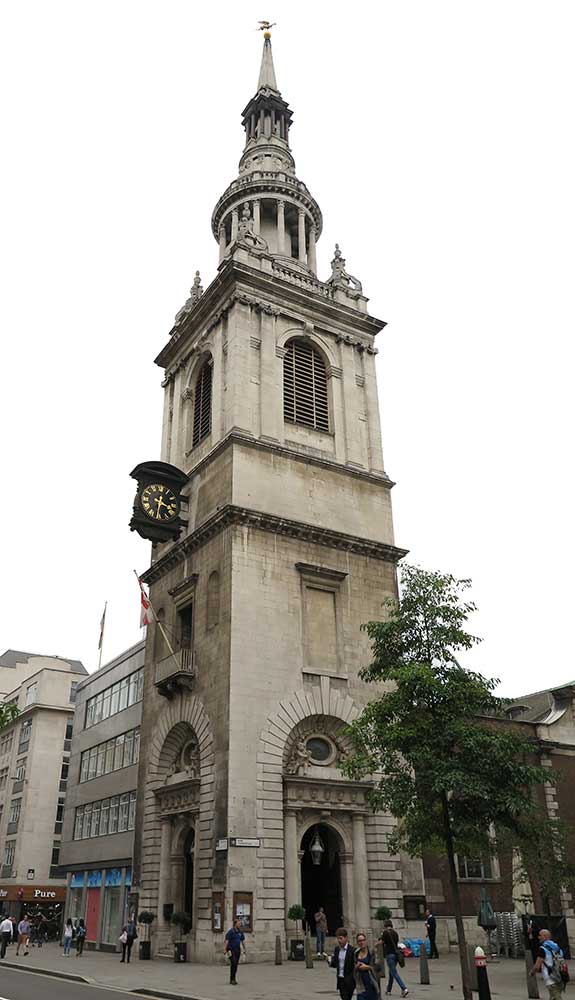 Wren’s most famous work is Saint Paul’s Cathedral. The two most defining features of this massive cathedral are its stunning facade and its enormous dome, which was very dear to Wren’s heart. The facade is defined by a two-story arrangement with two tiers of paired Corinthian columns. These columns form a pyramid topped by sharply angled triangular pediment which points towards the dome above. In addition, the two towers on either side of the facade support Wren’s most advanced spire design.

Wren’s dome is a wonder of 18th-century engineering: at the time of its completion there are only four towers in the world that were larger. When viewing from inside, you will see that the dome’s primary illumination is from the drums clear-glass rectangular windows. 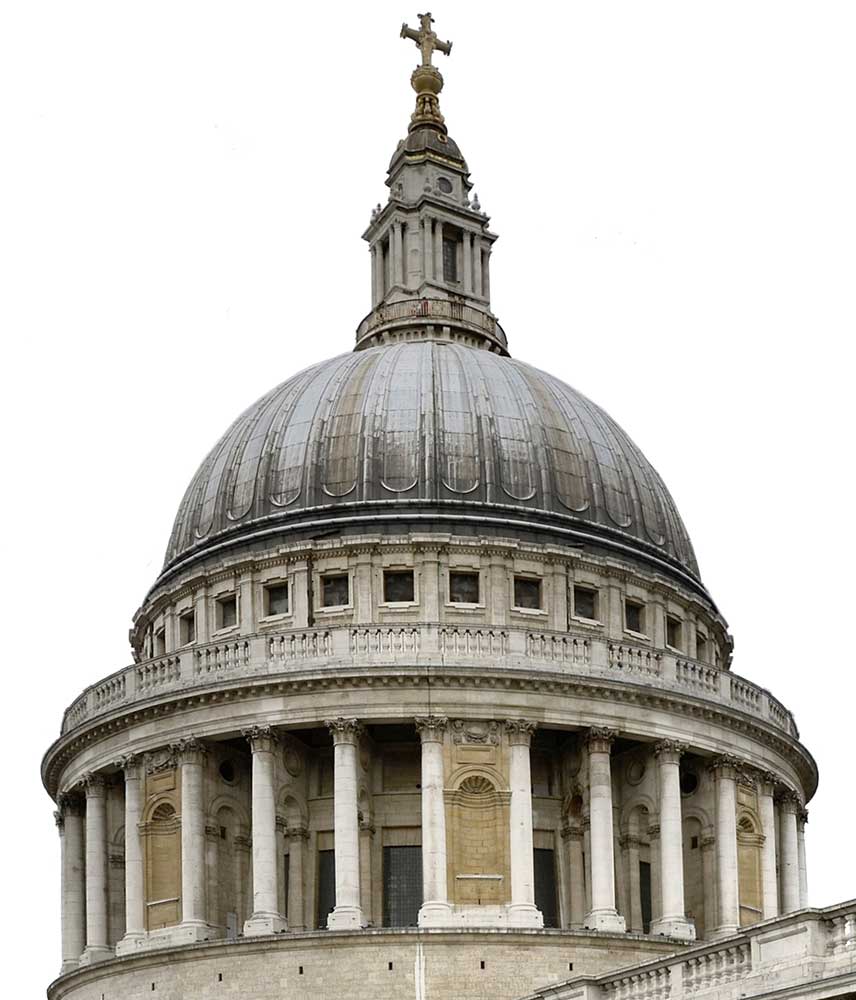 Among Christopher Wren’s other churches, there are several that stand out, including Saint Brides, which is easily identifiable by its wedding-cake-like spire. Consisting of five levels, this is one Wren’s most iconic spires and his tallest in the city. Once inside, you’ll find a space that is both impressive and intimate. The church is filled with natural light and showcases some of the best-preserved black-and-white marble flooring that was favored by Wren. 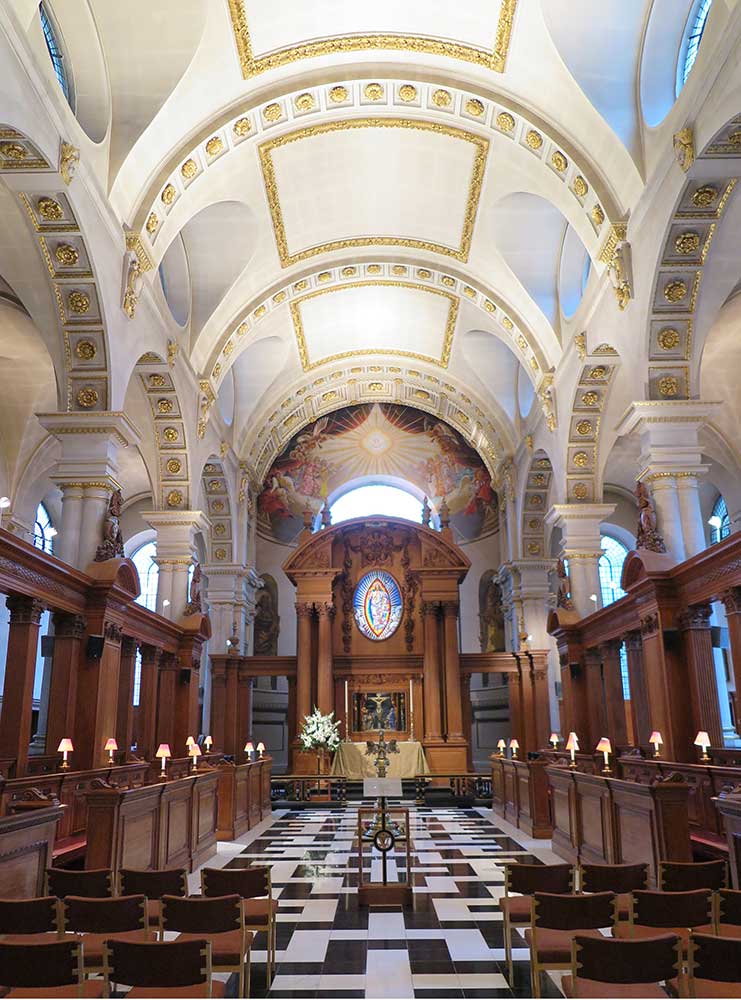 This church is generally regarded as being Wren’s most well-conceived architectural space. When you walk inside, you will see that light floods into the interior from numerous windows and the dome lantern. In addition, although it has a rectangular plan, you’ll notice that the interior communicates a highly centralized organization. 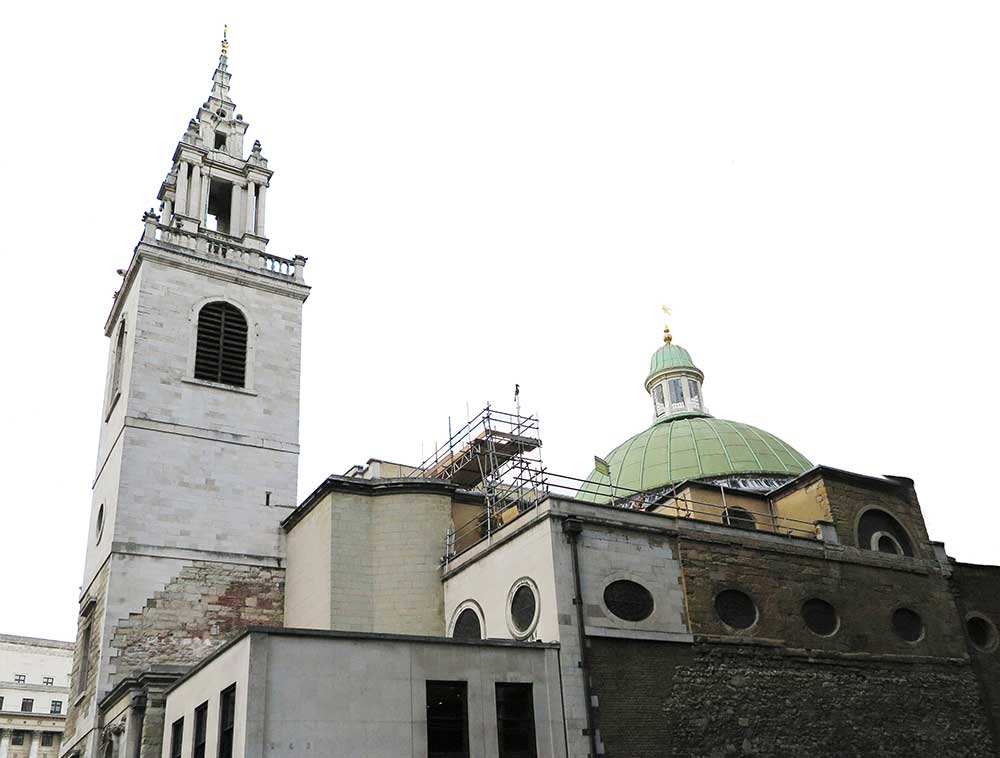 Another highlight is Saint Mary Aldermary, which is unique for its Gothic aesthetic. Its tower is a masterpiece and one of Wren’s most formidable designs. Anyone who knows Wren’s architecture is bound to be a little surprised when they see the interior. Upon entering, you will notice the high ceiling which features plaster fan vaulting. Shallow saucer-like domes run the length of the nave and fill the entire ceiling with elegant tracery. 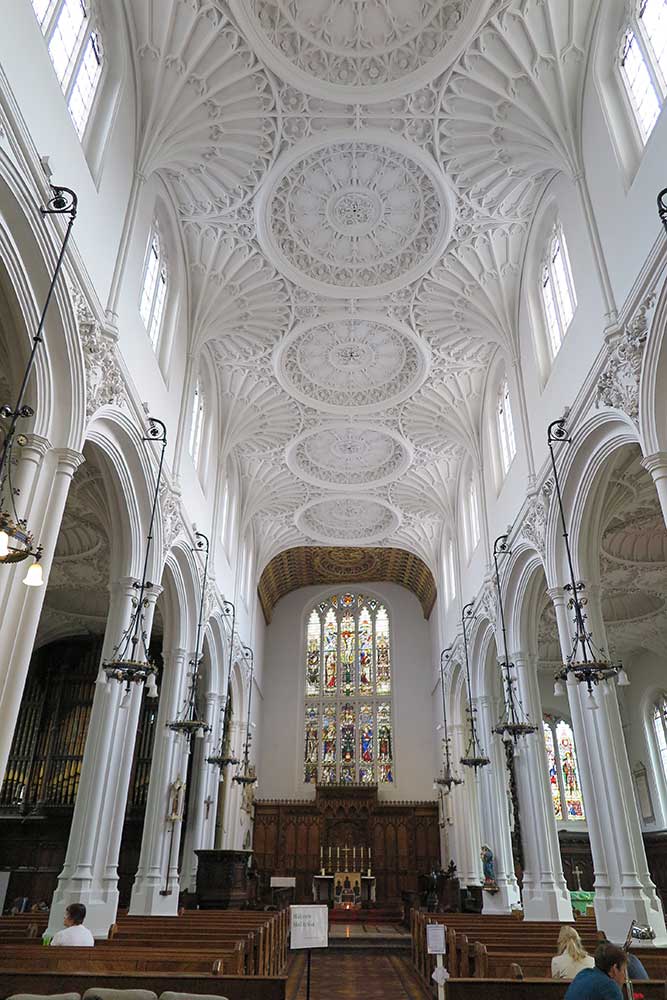 These churches represent just a small sample of Wren’s masterpieces and the great thing about these churches is that they are located in a very small area in the center of London and can be easily visited in just a few hours.

Please note that some of the links above are affiliate links; as an Amazon Associate, Approach Guides makes a commission from qualifying purchases.