Cairo is a unique location: it is the only place in the world where you can see architectural remains of nearly every great Islamic Empire.  Not to mention that most of the sites are concentrated in geographically small area, making touring on foot very reasonable.

The Mosque of Ibn Tulun, built from 876- 879 under the Tulunid Empire, is the oldest intact, functioning mosque in Cairo. Further, it is huge, covering approximately 6.5 acres. This is one of the best examples of the classic congregational courtyard mosque design. This is the earliest mosque design, is derived from the layout of what became the first mosque prototype, the house of the Prophet Mohammed in Medina.

The design was influenced heavily by the Great Mosque of Samarra (located in Iraq, built 848-851), where Ibn Tulun received his military training. That said, this mosque’s use of bricks as a building material (rather than marble), arcades based on rectangular piers with engaged colonnettes in the corners (rather than columns), a spiraling minaret (the most striking similarity, both inspired by the shape of the Babylonian stepped ziggurat), and detailed stucco work are clear adaptations from Samarra. 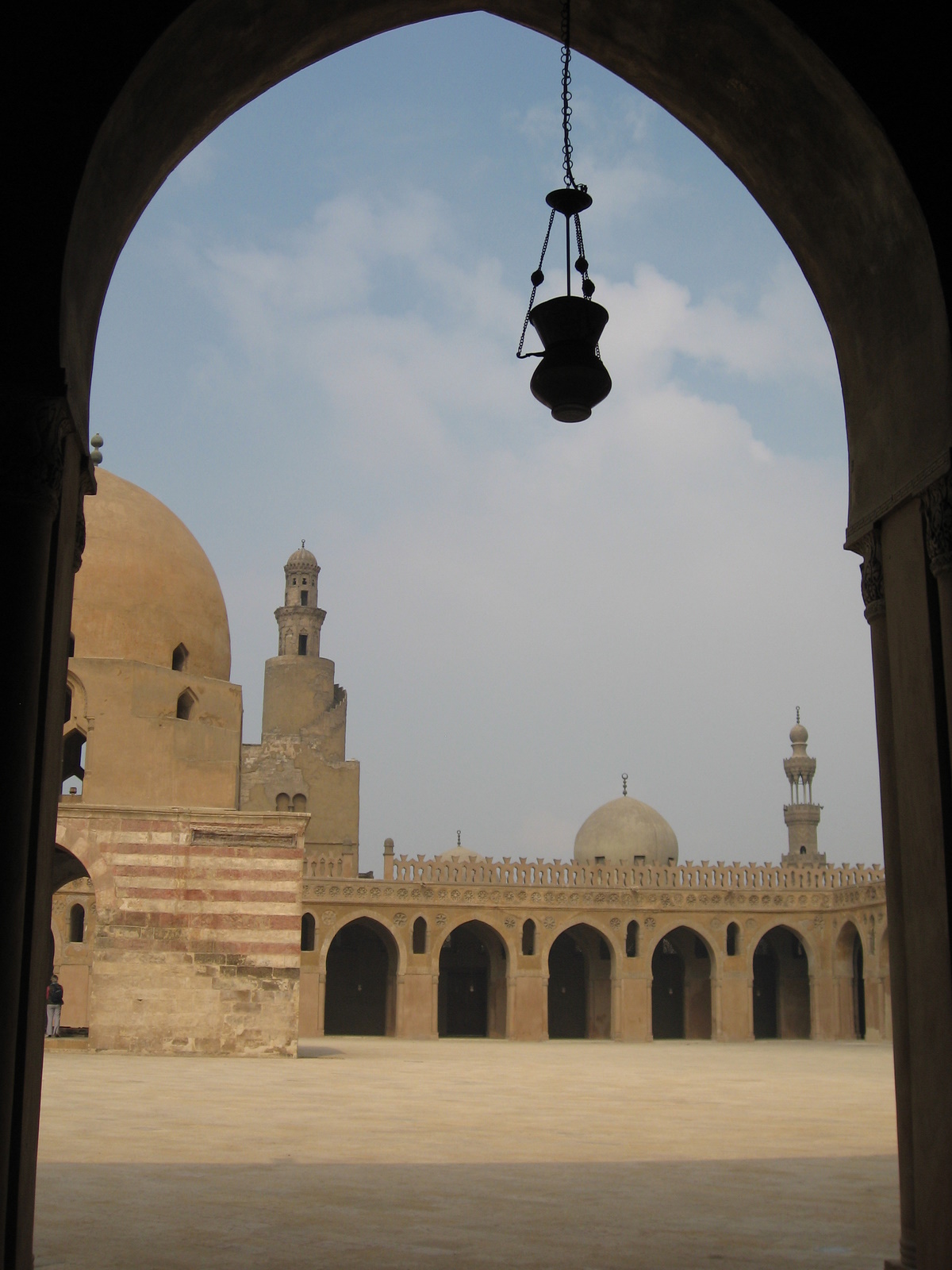 What to look for during your visit

Please note that some of the links above are affiliate links; as an Amazon Associate, Approach Guides makes a commission from qualifying purchases.

We are Approach Guides

Travel guidebooks for the ultra curious. Explore your destination through its art, architecture, food and wine. Free to use under the Unsplash License (https://unsplash.com/license)

Copyrighted. Please contact info@approachguides.com if you would like to reuse this image.Maya Cosmology & Symbols: The Ceremonial Serpent Bar
Scroll to top